Understeer in the Middle of a Corner

Understeer has several common names such as plow, push or tight. Whatever word you use, it describes a condition where the car is not turning "sharp" enough. From the driver's seat, this may appear as the car not pointing where you want it to go, and often towards a fixed object like the wall.

MEASURING TAPE
A great little tool for diagnosing such handling problems is a piece of white tape on the steering wheel. This tool has been used on race cars for over 30 years now, but is very helpful once you know how it is used. 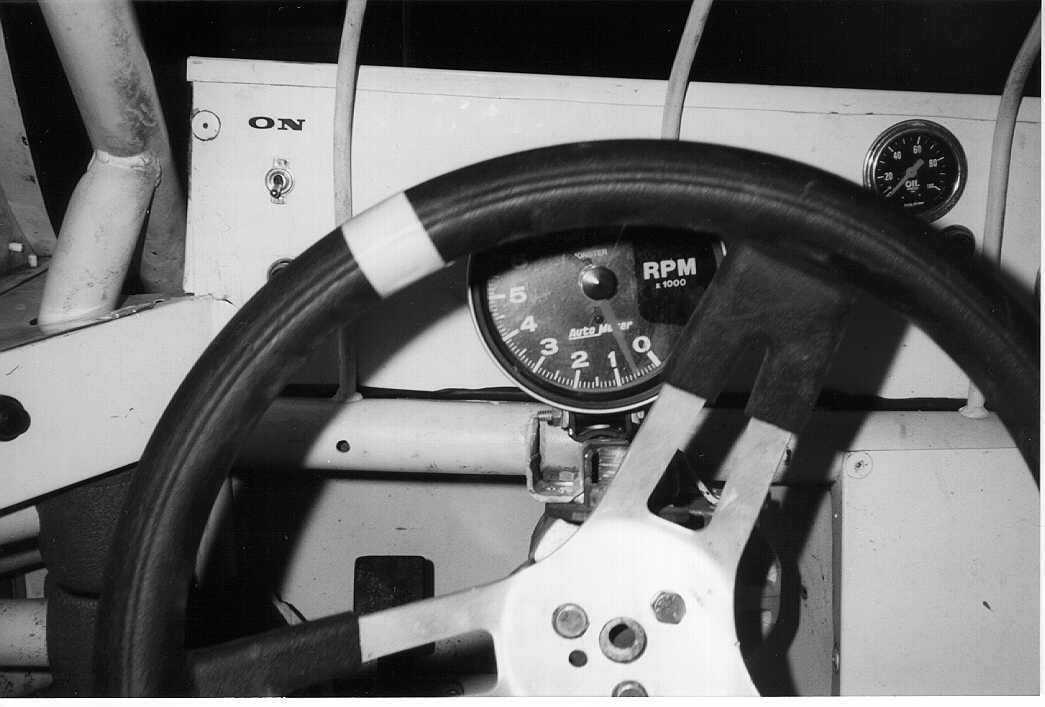 Technically, if the angle is larger at racing speed, then the car is considered to be understeering. In some cases you can turn the steering wheel more (or even all the way to the locks) and the nose of the car still doesn't go where you want it to go. Obviously, the car is pushing in this case, but with the tape you can measure the amount of understeer.

TIRE FORCES
If you are experiencing excessively large steering angles in the middle of a corner, and must wait until later in the turn to apply the throttle, then tire forces are worthy of consideration.

Often this problem can be reduced (or eliminated) by increasing the cornering force generated by the front tires. While this sounds simple, accomplishing this goal often eludes many racers (even some pros). Many factors such as temperature, compound, etc., impact the cornering force a tire can generate.

Front tire cornering forces are also impacted by the dynamic camber (or absolute camber) angle. With improper dynamic camber, you could very easily be loosing several hundred pounds of cornering force. This force could have been used to go faster, too! For example, we were working with a stock car at the Michigan Speedway and by optimizing the camber we improved the lap times by slightly over 1.5 seconds.

DYNAMIC CAMBER
A reduction of cornering force is not necessarily because you have the wrong static camber. It's because the dynamic camber is not optimal.

It is important to understand that static and dynamic cambers typically are not the same. As your car travels through a corner, the body leans. This causes the camber to be different on the race track than it is back in the garage (static). This is true for any car that has independent suspension such as the A-frames on the front of a stock car (weather it's a GM or Ford style), modified, or dwarf car.

To illustrate this, imagine you were looking at the right front suspension of a car making a left-hand turn. In this turn, the car's body leans five degrees toward the outside of the corner. At the same time, the right front suspension has compressed 2 inches from its normal position. Say that back at the garage you placed a camber gauge on the right front wheel. You then move the wheel 2 inches in the compression direction. Now, when you check the camber gauge you find the camber has changed five degrees in the negative direction.

This is where the Front Suspension Geometry Pro software can be a major advantage. This software allows you to quickly and easily evaluate your suspension's camber curves. Also it provides suggestions on what you can change in your suspension to improve the camber curve.

If your race car understeers in the middle of the corners, the solution may be as fun and simple as purchasing the Front Suspension Geometry Pro!